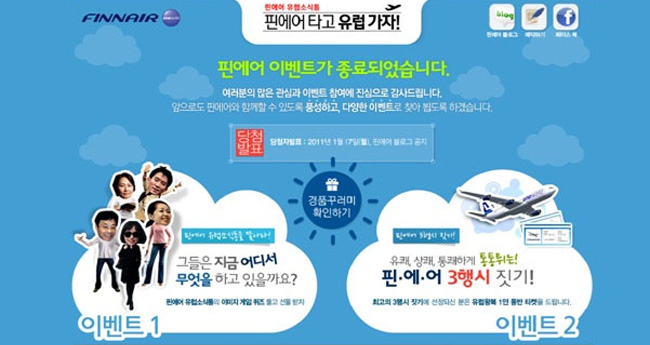 Asiance is very pleased to announce the launch of Finnair’s e-marketing event.  Through this campaign, Asiance and Finnair are sending six power bloggers to Europe.  These power bloggers are currently updating fresh, real-time stories and pictures from Europe on Finnair’s blog http://blog.naver.com/finnairkorea.

Finnair is the largest national airline of Finland and the oldest in Northern Europe, having been established in 1923.  Also, Finnair was selected as the best airline in Northern Europe in May 2010.  Now, flying between 50 cities in Europe and 10 major cities in Asia, Finnair is also the fastest airline that connects Europe and Asia.  Asiance is very excited to work with Finnair to launch its e-marketing events.