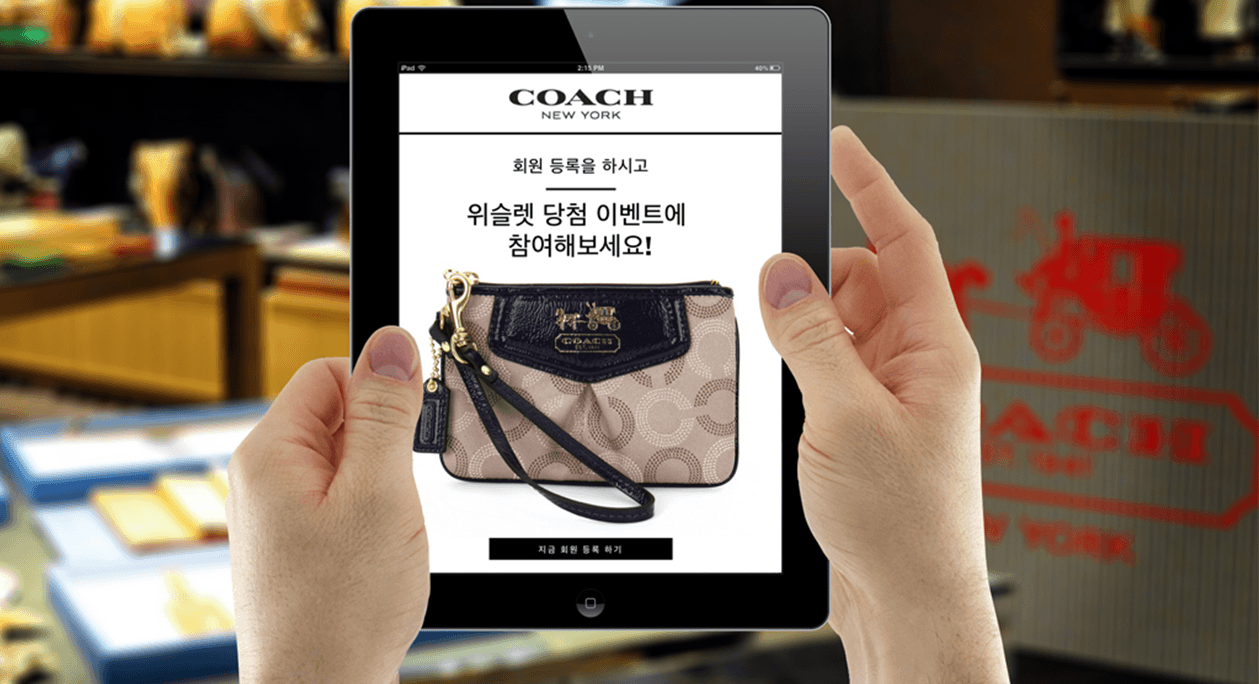 From the 5th of August, Asiance launched the new Coach Shop Web Application in Korea.

The app aims to engage and connect with customers in a fun and innovative way, while also offering the chance to win a new Wristlet bag from Coach!

With the goal of further launches in 5 other countries, two stores were chosen as pilots for the new app! Coach is also planning to launch the application in several other stores across Korea in the future.

The pilot test operates on 4 iPad Minis in two separate locations and is running till the end of the month!
Be sure to pop into either of the two Coach stores listed below to try your luck!