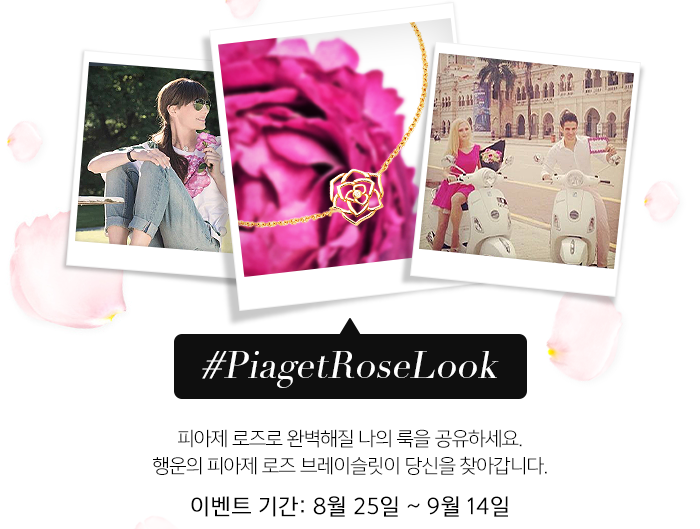 The campaign ran from the 25th of August to the 14th of September. We aimed to engage people with the brand by asking them to share their pictures tagged with #PiagetRoseLook. The campaign was very successful: we reached 6,935 people and acquired 2,710 new fans within 2 weeks.

Instagram was a good strategic choice since it let us connect more efficiently with local fans. The number of Instagram users is constantly increasing in Korea, and joining this trend really helped Piaget to increase its brand awareness among young users and trendsetters who commonly use the platform to share pictures of their daily looks and new purchases.