Asiance in Paris for BETC conference 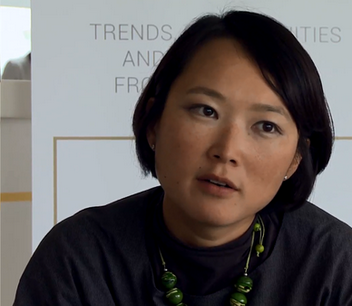 On March 24th, 2015, Asiance visited Paris, France to hold a conference with BETC Digital, Naver – the leading search engine in Korea – and l’ADN – a French news magazine on marketing communication and advertising. The purpose of the conference was to talk about the e-commerce landscape in Asia and more specifically in Korea. Bosun Kim, the co-CEO of Asiance and an e-commerce specialist, gave her insights on the current and future state of the Korean digital landscape.

For the past decade, much of the Korean entertainment, such as TV shows, pop music, and movies, and consumer products have gained immense popularity around the rest of Asia. We call this phenomenon “Hallyu”, coined by the Chinese and translated as ‘the Korean wave’. This trend isn’t limited to cultural content only but includes general infrastructure and consumer marketing as well, which prompts many global brands to direct their attention to Korea for their marketing activities in Asia.

When asked if Korea isn’t going too fast, and if there are no harmful effects, Bosun Kim answers that although Koreans naturally make mistakes, their strength resides in the fact that they can identify those mistakes and correct them as fast as they have made them. Koreans always try, and if it doesn’t work, they just try again harder.

The Korean digital market is complex; the country has its own digital ecosystem, a hard to break the language barrier, and cultural uniqueness. If companies want to enter the Korean market, “the localization has to be done smartly, with a deep understanding of the cultural context and the channels of communication they should be on”, explained Bosun Kim.

Despite all the challenges, brand representatives at the conference mostly agreed that they sensed a big opportunity in Korea and that the country could be the key to East Asia.