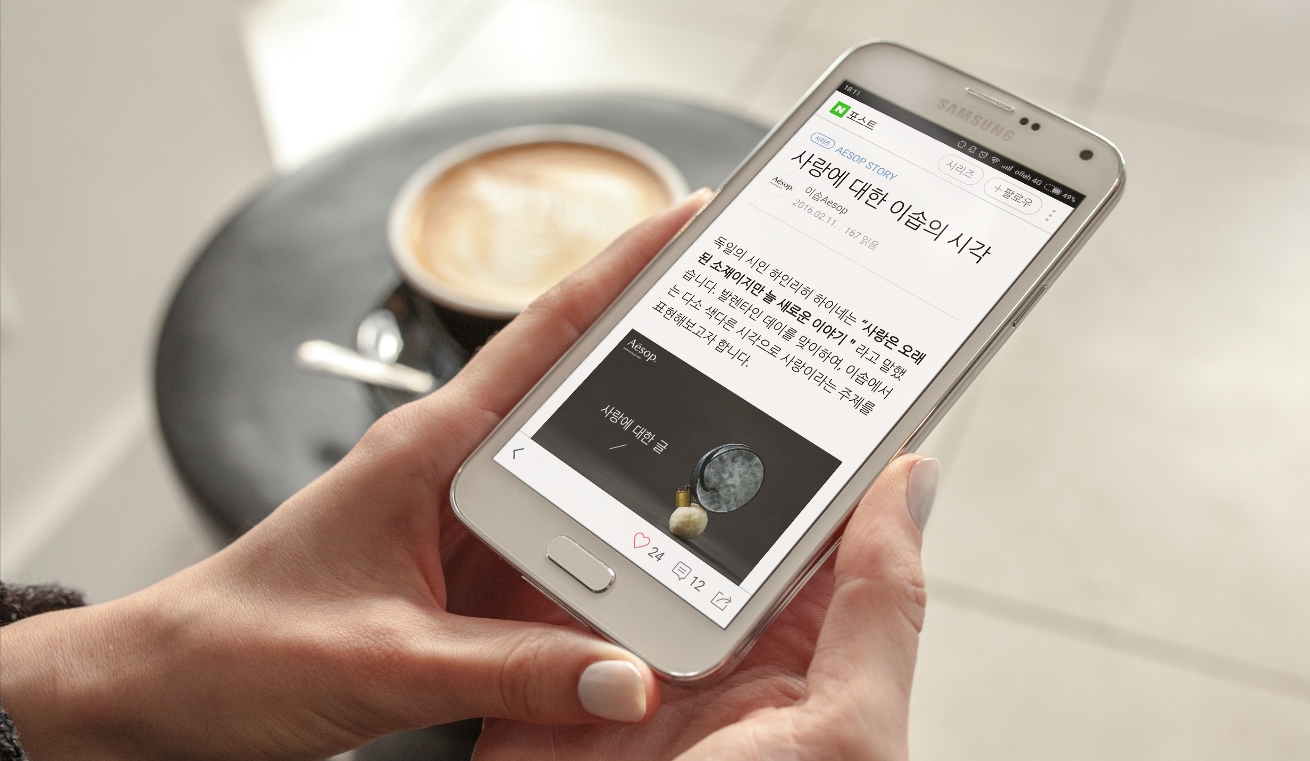 A month ago, Asiance launched Aesop’s NAVER Post account. This is the first time the agency had worked on NAVER Post, NAVER’s answer to mobile-first blogging. This first month has drawn positive results in meeting the branding objectives of the Australian beauty label.

The first step was making sure the brand’s account was easy to find for its fans. This is why the page features the name in both its English spelling and its Korean translation. The Hangul spelling also helps Koreans enunciate the brand properly (i-sop instead of a-y-sop, as the brand was named after Aesop’s fables). This embracement of the brand’s name contributes to the label’s identity as a strong supporter of the arts.

While Aesop opted for a global strategy on its social media accounts, the brand wanted to educate Korean consumers about Aesop’s unique positioning in a country where beauty brands come by the hundreds. Contrasting with other beauty brands’ usual tutorials and trend reports, Aesop chose to focus its posts on its history and identity. So far, the brand has published 5 posts, focusing on brand creation history, new product lines, the stores’ signature design and the brand’s yearly book selection – focusing on Love this year, and featuring a Korean book.

NAVER Post, being one of NAVER’s most recent services, is less crowded than other blogging platforms, making Aesop more visible. The brand’s audience responded positively to the contents and showed genuine interest in Aesop’s history and news.

Asiance’s focus is now set on growing the brand’s audience through careful management of tags and the construction of an interesting and engaging editorial calendar for mobile users.