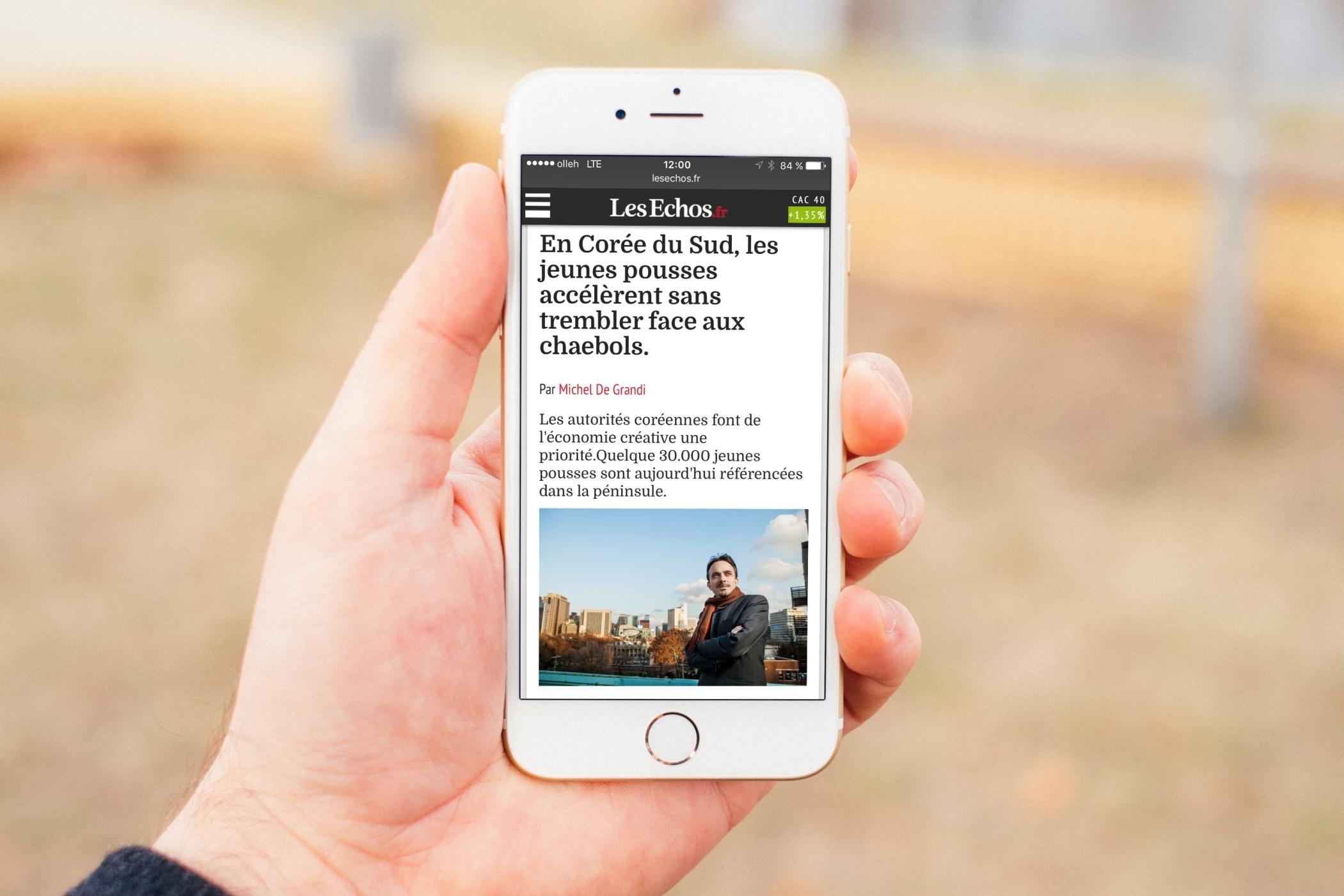 Asiance co-CEO Olivier Mouroux was featured in Les Echos, a famous French newspaper, in the April 8th issue. Sharing his insights on Korea’s fast-moving creative economy and booming start-up ecosystem, he compared today’s environment with the one from 2004, when he co-created Asiance.

In 2004, chaebols had no consideration for small players. Today, these large conglomerates are financing incubators and keeping a close eye on new companies to integrate them into their group if necessary.

Park Geun-Hye’s election in 2012 made Korea more attractive for start-ups, as she declared the development of a creative economy a priority for South Korea, with a three-year plan launched in 2013 to drive economic innovation. In 2015, Korea allocated 2.7 billion dollars to set up a start-up-friendly environment. Efforts are coming from both public and private bodies, with the creation of 17 centers bringing together conglomerates and local governments, and 24 private and public accelerator programs launched in the last three years.

Efforts have paid, with 30,000 young companies registered in Korea nowadays, which is twice as many as eight years ago. Long-term plans, one of Korea’s biggest strengths, enable entrepreneurs to project themselves in the future and make their activities durable.

The rise of start-ups in Korea, the world’s most connected nation, is impacting the jobs market. Indeed, more and more graduates are considering joining young companies rather than chaebols, as they are seeking quick access to responsibilities. This is especially accurate among graduates who spent time abroad. However, it is not systematic for all Koreans yet, as employment is very much tied to social status in Korea, securing the appeal of large conglomerates such as Samsung, Hyundai, and LG in the eyes of Korean graduates to start their career.