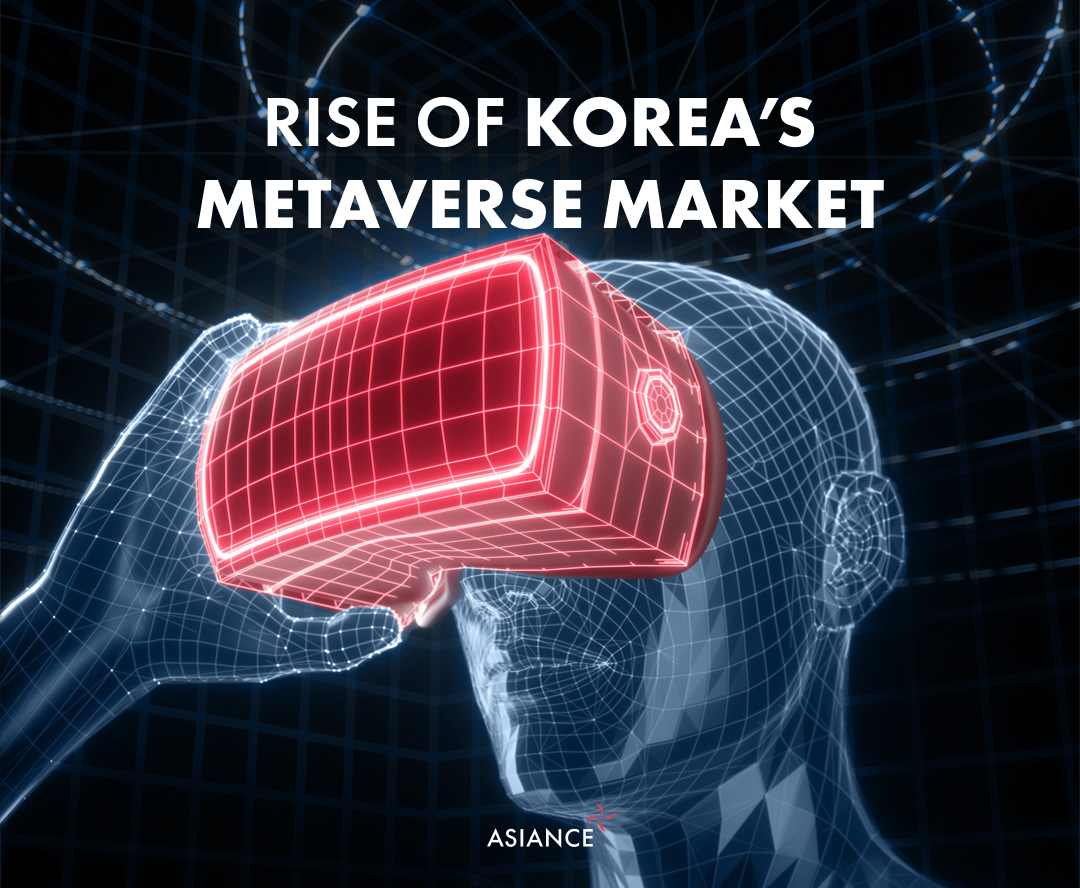 Korea Rising as the Center of Metaverse

Did you know that Meta (formerly Facebook) recently created a metaverse offline experience space in South Korea for the first time? “Meet Meta Pop-up,” a metaverse pop-up store, was opened in Seongsu-dong, Seoul, on October 29th. Visitors were able to try out Meta’s high-end Oculus Quest 2 VR gadgets and experience metaverse programs such as drawing 3D shapes and sharing them with others. With various events related to the metaverse continuously being held in Korea, it can be seen that interest in the metaverse market is steadily on the rise. Korea’s metaverse infrastructure is actually known to be advanced compared to other countries. For this month’s posting, let’s take a closer look at the current status of Korea’s metaverse market along with some case studies.

Then what is the global status of the metaverse market in Korea? According to the Tech Scaleup South Korea Report 2022, there were 109 scale-up companies (or 9% of the total) in Korea that used metaverse technology as of June 2022. Korea ranked first when it came to the highest number of scale-up companies, three to four times higher than Silicon Valley(3%) and the United Kingdom(3%). Also according to the CEO of Unity Technologies John Riccitiello, he stated that Korea’s technological capabilities are two to three years ahead of other countries in the field of metaverse. Furthermore, considering the fact that South Korea has the highest smart device penetration rate (98%) worldwide, the metaverse is expected to go beyond just entertainment content, expanding to diverse fields such as medical care, fashion, education, etc. Korea’s leading online companies, Naver and Kakao, are also gradually increasing their investment in metaverse services. Let’s take a look at how these companies are utilizing and developing them.

Naver: From the Launch of Zepeto to Global Investment

Naver launched its augmented reality (AR) avatar service “Zepeto” in 2019. Naver Z, a subsidiary of Naver that operates Zepeto, has invested 14 billion Korean won (KRW) this year alone to further develop the metaverse ecosystem in 2022. In addition, both global and domestic companies such as SoftBank, Mirae Asset Financial, JYP Entertainment, etc. attracted 223.5 billion Korean won in investment as of 2021, showing their interest in Zepeto’s vision. Ever since the launch of Zepeto, brands from various fields have utilized the service for brand exposure and as a new marketing method. For example, in September 2021, Ralph Lauren released a digital platform fashion collection in collaboration with Zepeto while Hyundai introduced its “Motor Studio” through Zepeto, replicating the actual offline Hyundai Motor Studio. According to Naver Z, the number of Zepeto users exceeded 100 million in 2019, 200 million in 2021, and 300 million in 2022. A notable service is Zepeto Studio, which opened in March 2020. Zepeto Studio is a creator platform where users can directly create new items and sell them through Zepeto. In this way, Naver is continuously expanding its use of Zepeto and is expected to further grow through collaboration with global companies.

Kakao: Expanding of Metaverse Service by the Open Link Function

Though KakaoTalk is Korea’s representative messenger app and accounts for the largest part of Kakao, it has been reported that Kakao is preparing to enter the metaverse market. In June 2022, Namkoong Whon, CEO of Kakao, announced the direction of Kakao’s metaverse during an online press conference. Here he unveiled a new concept called “Kakao Universe.” He defined Kakao Universe as an integration of various services that will help gather a group of KakaoTalk users based on the same interests. In their initial stage, Kakao plans to use the “open link” function within the Kakao app to connect people with the same interests, such as traveling, cooking, shopping, etc. Kakao emphasized that their objective is to expand KakaoTalk’s communication scope from contact-based to common interest-based. Kakao aims to officially launch this service in the first half of 2023 for domestic users, with plans to take on global users in the future. Some may be skeptical of how an open link can be a tool for a metaverse service. For this, Namkoong Whon explained that open links are similar to the metaverse in that they form a community based on types of interest, even though one may not know the group members in real life. Though Kakao Metaverse does not yet have the widely known form of an “avatar,” it is the same as any other metaverse in that users are able to communicate without borders and can do economic activities in the virtual world.

Today we went through an overview of the current metaverse market in Korea along with an introduction of Naver and Kakao’s metaverse-related services. The growing numbers of Naver’s Zepeto users and investors in recent years show its potential as a leading metaverse platform in Korea. Also, in the case of the Kakao Universe, though their definition of the metaverse is slightly different, it gives us the opportunity to reconsider the fact that the metaverse can be reinterpreted in many ways. In our next post, we will take a look into a few more case studies of the metaverse in Korea that are worth noting.