Kakao and O2O – Where and Why 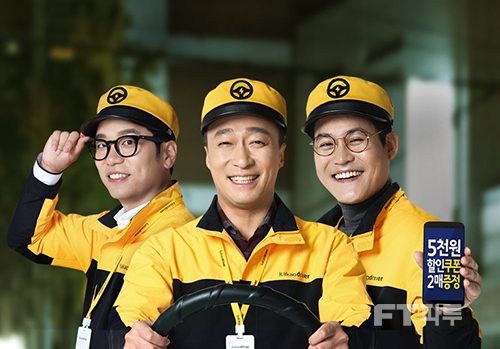 Kakao and O2O. From banking, transportation, to hair salons, Kakao, the Korean Messaging leader is stepping further into the O2O sector. What’s new and why is the group moving in that direction?

Kakao (035720 KOSDAQ, CEO, Jihoon Jimmy Rim) added wireless small money transfer service between bank accounts enabled with a simple password in March 2017. For those who are familiar with WeChat, this isn’t exactly groundbreaking news, but those who even once have brushed by Korean internet banking would know this could be a game changer.

As one of the first instant messengers that had the largest penetration rate in a country (93% in 2016), their pace of innovation is rather disappointing compared to what late starter Wechat has achieved so far. WeChat was known to benchmark and emulate KakaoTalk in the beginning, according to some industry sources, but now the situation has been reversed. To be fair to Kakao, more new services on KakaoTalk can mean less jobs and income for several existing businesses – and let’s not forget that Korea is the kind of country that officially indicted Travis Kalanick, CEO of Uber. (This was before he sang for forgiveness at a karaoke bar in Seoul).

BUT KAKAO IS INDEED MAKING INTERESTING NOISE THESE DAYS

They are moving more swiftly than other main financial services. Kakao Pay, along with other simple (it can also be called ‘mobile’ or ‘smart’ pay depending on the speaker) pay services such as Naver Pay, Samsung Pay, and Payco that have sprung up in the past 9 months, has created a new concept of much easier online transactions for many Koreans who have suffered legacy Active X security processes for any online transaction for more than a decade…

What the instant messenger company is doing in terms of O2O is actually more interesting. Kakao Driver, a project they released after Kakao Taxi, might have a quintessential Korean flavor to it.

After an internationally notorious ‘drinking party’ in Korea, rather than having a designated driver among the drinking team, Koreans use a ‘substitute driver’ service. For about $20, a staff from a substitute driver company would come to where your car is parked, drive you to your home, and leave using a separate pick-up service that their company organizes.

Kakao Driver is an app you can use to find a substitute driver instead of calling one of those companies directly. You can imagine Uber, but they will drive your car instead of their own to your destination and prevent you from receiving a DUI. Kakao hired a team of rather expensive celebrities to make promotional videos. The consumer feedback so far is rather lukewarm partly because of anti Kakao Drive activities by competitors.

Yet their ambition to dominate transportation is continuing with Kakao Parking, which is slated to be launched in the later half of 2017. They are currently working with 4 major parking facility companies to offer a service where drivers can find nearest parking space they can use, book it, and pay for it on an app. Kakao also recently made an investment in a start-up which develop security solutions for connected car technologies.

The one and major thing that renders all these new services less interesting is that these are not integrated in the existing KakaoTalk app. Kakao Clean Home, Kakao Hairshop, and Kakao Navi as well as all the services introduced above are independent apps that users need to download separately from KakaoTalk. You can use the services with your Kakao access, but it still doesn’t give you the kind of accessibility, motivation, and visibility as being in an existing app.

THE WHY’S BEHIND THE OBVIOUS

There are a few hypotheses as to why Kakao is operating like this. They might be taking a test-prove-integrate approach, not to create any unnecessary complication for existing users. If this is the case, some of the most used services, Kakao Taxi, for example, should have been already integrated, but it doesn’t seem that they plan to do it anytime soon.

Another possibility is that internally they are not very aligned among different service teams to make things seamlessly integrated. Then again, they debuted a food delivery order service on Kakao Talk just now (March 23 2017). But the reason why it’s not an independent app is, first of all, they do not want to start another controversy as Kakao Taxi (call services industry wasn’t very happy about it) or Kakao Driver, that they are eating up a share of already competitive food delivery app market.

But a more logical theory is that they might be testing, waiting, and negotiating until the integration becomes imperative. The impact the integration can bring upon would be huge as we witnessed in China, and they are not ready to handle it no matter how positive on the users side and negative by the industries whose livelihood can be threatened by it would be. In the same vein, they might want to the talks on how they just pick up existing core technologies from other businesses to submerge as well.

Wading through the protectionism and red tape of the market and constant challenges issued by new and existing market players who pray for them to make a slip, Kakao is carefully, slowly but surely making progress and some of them are expected to be bold.

In terms of Kakao Talk and eCommerce and marketing features, many international brands who have been utilizing WeChat in China are tring to explore similar opportunities with Kakao Talk without having any real answers in sight until last month (February 2017). Some recent updates Kakao made with the beloved instant messenger are giving us a cue that the revolution is around the corner. Stay tuned for more stories on Kakao.