Korea and e-sports, how can a small country almost crush the US and China? 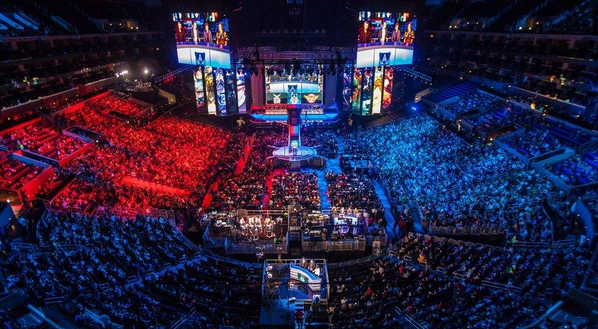 Did you know that e-sports athletes, also known as pro gamers, earn more than Roger Federer, a world-famous tennis player, in tournaments? Nowadays, three nations dominate top gamer rankings: China, the US… and Korea, a country usually behind the other two in athletics and generally less well known. So, how did the home of Samsung and K-pop also become an envied model in professional gaming, and why does e-sports make Koreans go crazy?

The origins of Korea’s passion for e-sports

If it is the first time you have read something about Korea, here is some context about the economy and technology in this trendy little nation.

Within the second half of the 20th century, Korea has seen unprecedented growth, changing from a war-torn state in the ’50s to one of the world’s largest economies today – spurring growth 20 years before China. That eventually elevated living standards to the equivalence of Japan, Hong Kong, or Singapore. And this is particularly true when it comes to technology: in 1965, there was on average less than 1 telephone for 100 people (3), now 90% having access to the Internet (4).

But technological advancement alone is not enough to become the leader of such a competitive sector as professional gaming, surpassing the US and the rest of the western world for many years. In fact, several factors have made the 1990s the beginning of the local craze for online gaming. 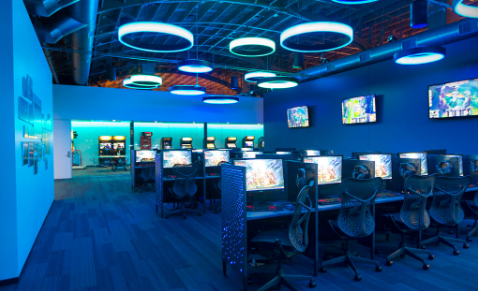 The rise of a new gaming culture

In 1997, the Asian financial crisis took a hit on Korea’s economy, causing tens of thousands of IT workers to lose their job. Then, some of those people used their skills to create new types of gaming places known as “PC bangs,” or “PC rooms”, where youngsters could socialize as well as escape the pressure of school to enjoy cheap, ultra-fast and unlimited access to the internet with their friends. Like many things in Korea, this emerging and booming trend has become a national passion. It’s the Korean equivalent to the cinema revolution in Europe in the 1960s. Nowadays, one hour in a PC bang costs around $1.50, and there are more than 20,000 of them in Korea.

Later, PC bang owners began to organize the first competitions, and gaming eventually became a part-time job for the most successful players. E-sports was taken seriously very early and became a profession, with structured teams and intense training sessions, just as any other sport. That is why Koreans claim to have invented professional gaming, as other countries at the time had a very underdeveloped e-sports industry.

This strong competitive spirit is a very definitive characteristic of society in Korea and can be found in not only sports that are enjoyed by Koreans (i.e. golf, archery,…), but also at school or work.

Generous support from the government and big companies

The final key point in understanding the tremendous development of e-sports in Korea is the unique involvement and contributions from the government and tech conglomerates in the industry.

The latter has always been closely associated with Korean technological development. In the 1970s, those conglomerates equipped universities with their first computers, and Samsung even once pushed to commercialize video games and consoles using the Samsung label to help groups like Nintendo or Sega penetrate the Korean market. Not to mention, big companies have been continuously organizing programming competitions to recruit talented IT engineers. This may be why tech conglomerates, like Samsung, KT or SK, naturally came to patronize the best professional Korean e-sports teams.

But the face of professional gaming in Korea wouldn’t be the same without the effective steps taken by the Korean government. The KeSPA (Korean e-Sports Association) was founded in 1999 and is affiliated to the Ministry of Culture, Sports, and Tourism. It is a very important organization for e-sports, overseeing almost everything: broadcasting events, living conditions of players, and many other facets of the e-sports universe.

The Korean government also invested in promoting e-sports both domestically and internationally, to the extent of even building a stadium dedicated to e-sports in Yongsan and co-sponsoring the creation of the World Cyber Games in 2000. In comparison, China’s policy towards e-sports is far behind. For example, the Chinese government is still banning any broadcasting of e-sports events on TV.

To conclude, despite the emergence of serious challengers, such as China or European countries like Denmark or Sweden, and new games where Korea may no longer dominate, the country remains at the very top of the world in some of the most popular games. With all the legendary players Korea has produced and the unique environment and passion that emancipates e-sports, the country has become a very solid model that will inspire others for the years to come.

As the following graph shows, Korea has been at the top of professional gaming
for many years, even if China is now the leader.

Accumulated earnings in e-sports since 2006 (million $)

E-sports are either played in teams or individually. These are the two games played the most in Korea.

It is the most famous team tournaments league with the highest prize pool. Here is a promotional video of the finals of last year championship that will make you feel the atmosphere and passion around this type of event: Http://tv.naver.com/v/1623999/list/125329\

– SK Telecom T1 is the top-performing team in Korea (they won 6 of the 10 last competitions) and in the world (they won the two last championships). Faker is the most famous player and he is considered a legend. They won $2,680,000 in the world finals, almost $450,000 by team member

Players belong to teams, but matches are played by individuals. This game has remained the top game in Korea for years, and the country’s supremacy is still undebatable.

The two previous winners of the world championships were Korean: sOs (sponsored by the Korean airline Jin Air) and Byun but there are many others like herO, TY or Stats who won the most recent competitions. The next world championship boasts a $200,000 prize for the winner.

(5) More information on this game on http://lol.gamepedia.com

(6) More information on this game on http://wiki.teamliquid.net