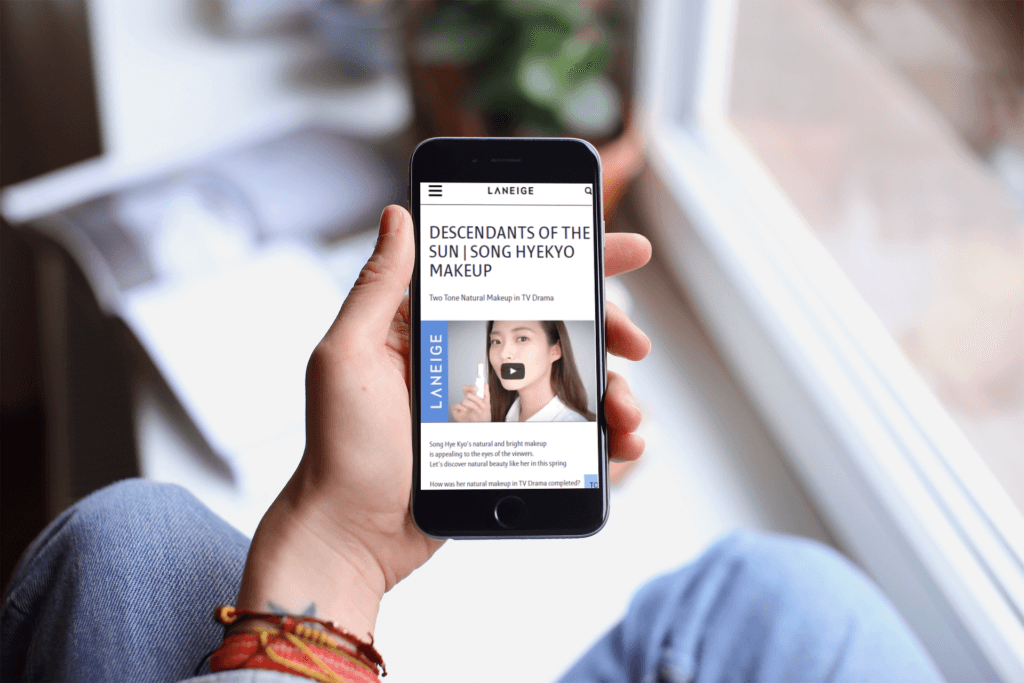 The Korean wave “Hallyu” submerges the Asian region from North to South. Korean celebrities, Korean music, Korean dramas, Korean fashion, Korean cosmetics, everything Korean sells incredibly well since the cultural phenomenon first started in the late 90’s. Why this Korean craze so contagious? What does it mean for global brands willing to enter the Asian market?

Korean pop culture took off in Asia in the late 90’s and the Korean music industry grew dramatically reaching $4.3bn in 2017. Korean stars are considered as role models for many Asian teens and as sex symbols by many adults, from Indonesia to China.

Wandering around Seoul you would be amazed by the number of subway adverts wishing K-pop idols a happy birthday. Chinese fans pay high amount of money to display their personal messages on Seoul’s underground billboards. It’s a real street guerrilla that also takes place online between fans willing to show who’s love is the strongest. 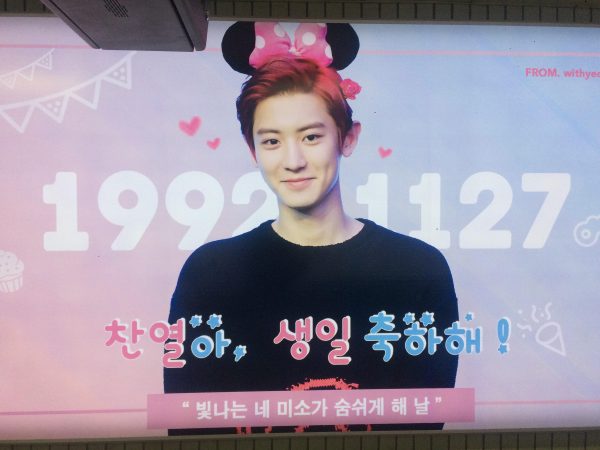 The first creative sector in Korea remains as the film industry with 1.98b sales in 2016. That years exports increased by 82%, China being the biggest export market for South Korean TV Shows.

With that volume, it shouldn’t be surprising that Chinese fans send food trucks branded with the face of their favorite Korean actor to various shooting locations, making sure their idol are eating well and have enough energy to act out their role perfectly.

BUY EVERYTHING YOU SEE IN DRAMAS

Once a drama series has been released, all of Asia is watching and are ready to buy products featured in the drama. There is even a dedicated website to find out who is wearing what, and to purchase the items online. Product placement works incredibly well and international brands are lining up to get their products shown, paying top dollar for a 2 second product placement.

For instance Hye-Kyo Song, “Descendants of the Sun”, main actress wore the Two-tone lip bar from cosmetic brand “La Neige”, the Korean equivalent of L’Oreal from AmorePacific. After the episode was aired “La Neige” gained +556% increase in sales. In a few days the lip balm was sold out everywhere in China, Japan and even Singapore. Building on this success the brand, they published a makeup tutorial on how to apply the lipstick like the famous actress.

KOREA IS SEEN AS A MODEL OF ECONOMIC GROWTH!

On top of this economic miracle, the country positioned itself as a representative for South East Asia when it acceded to the G20 in 2010 and received the opportunity to add regional issues to the world’s agenda. Hosting its first Olympics in 1998 and ready to host the winter games next year in Pyeongchang, South Korea became a world player within a considerably short period of time.

This sudden and unexpected rise drove South East Asian countries to look up to Korea.

The country is now a symbol of development, modernity and richness among its neighbors. Korean products are considered premium, and ensure a social status to those who buy them.

The use of Korean celebrities to promote international and local southeast Asian brands is common to attract consumers looking for inspirational role models.

KOREAN SOFT POWER IS A MACHINE OF WAR

Korean influence in China and Southeast Asia, would not be the same without the government’s ongoing efforts to strengthen its soft power, led by the creative industry.

The financial crisis of 1997 in Asia drove consumers to buy more Korean products than Japanese, as they were 50% less expensive. This financial dumping affected fashion, cosmetics but above all the film industry, that spread around the continent, showcasing the Korean way of life: luxury cars, modern apartments, fancy fashion and hairstyles.

In 1999, the Korean government wanted to break the stigma of being “discounted” and implemented a law to improve the promotion of the creative industries.

Ten years later, the government gathered the economic and political elites during a Presidential Council to brainstorm on Nation Branding. Joining forces, the economic, cultural and political powers worked hand-in-hand to promote the Korean brand image around the world, first focusing on the Asian Pacific.

7 Years after implementing this goal to re-brand the Korean image, they became one of the strongest branded nations, leaping from 33rd to 12th position in Brand Finance in 2015.

It is especially true in China which suffers from many scandals in the food, cosmetics and textile sectors. Chinese customers trust Korean goods, more than 50% of Chinese practice cross-border shopping in Korea, most commonly purchasing Cosmetics and childcare products.

Chinese consumers aged between 15-29 have a strong preference for Korean makeup and fashion products. Chinese companies even attempt to re-manufacture Korean brand names in an attempt to gain the premium image of Korean products.

What it means for brands

IF YOUR BRAND WANTS TO GROW IN ASIA YOU SHOULD CONSIDER WORKING WITH K-CELEBRITIES.

Korean actors, models and singers can increase your brand awareness in Asia thanks to their high influence in the region. The drama hit “My love from another star” (2.7b views) drove brands like Coca Cola, Samsung and  Haagen-Dazs to work with the main actors to promote their brand in China.

Korean celebrities are even starting to become brand ambassadors for the European market. Last year, G-Dragon, leader of the music band Big Bang became a face of Chanel.

STEP BACKS OF PARTNERING WITH A KOREAN CELEBRITY

THINK ABOUT IT SHORT TERM

It is indeed very powerful in terms of reach, but not pertinent in the long term.

Also, the contract might be very expensive due to the celebrities’ premium image. It is advised to choose carefully on which celebrity will be most effective for your goals. Trends come and go very quickly in Korea, with new dramas arising and new faces taking over the scene spontaneously.

CHECK IF THE CELEBRITY HAS OTHER BRAND PARTNERSHIPS

Often, Korean celebrities partner with multiple brands at once and sometimes mix products that are incompatible with one another as Yuna Kim, the famous ice-skater who is the brand face of “Nike”, “New Balance”, “The Olympic Games” and “It’s Skin” a Korean cosmetic brand. This can clearly cause some issues for the brands who are direct competitors.

McDonald’s Singapore tapped into the Korean craze for its spring campaign with the launch of a burger named “Seoul” and a video featuring a Korean model and aired in Korean language subtitled in English for the local audience. What went wrong? The Korean sentences sound really cliche, reducing Korea to a cheesy drama and apart from the K-pop lovers, the audience did not react positively to the advertisement.

BE AWARE OF ASIAN POLITICS

By reading regional news you should reconsider a partnership for now, as Korea is currently under Chinese backlash due to the THAAD agreement.

As an example, Chinese smartphone brand Vivo had cut its contract with the Korean actor Song Joong Ki because of the Chinese government’s ban of Korean cultural products on its territory.

China’s Ministry of Public Security even publicly warned Chinese citizens about the risks of watching K-dramas, stating the following:  “Watching Korean dramas could be dangerous, and even lead to legal troubles” he said.

Although Korea is in a bad state towards China, censorship can play in favor of the Korean pop culture, increasing the hype around it. People always tend to chase after what is forbidden.